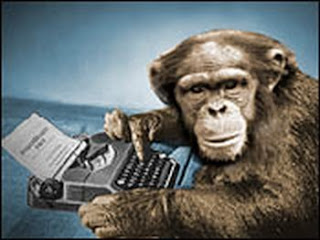 A new generation of BBC script-writers hard at work

Spooks: Code 9 is the latest show to be advertised by BBC-pravda; it is a spin-off from the other "hit" show they bandied about for years Spooks. It is also the biggest pile of arse-gravy I have seen this month (it just comes so thick and fast these days).

The basic premise, that a nuclear weapon has rendered London uninhabitable, engendering the need for a much more "robust" (i.e. the fuzz more willing to shove a baton up your bottom) approach to dealing with the threat of terrorism; inexplicably this means that they need to hire incredibly young, inexperienced agents who border on the retarded, using "hip" language and off-the-shelf TV cliches that have been beaten to death through overuse. Badly.

It is also filmed in Leeds, my hometown, which makes it even more cringeworthy as to be vomit-inducing.

This show is pure, unremitting, fart-in-a-jar farce which must have been written by a 12 year old child; what makes this dangerous though is the underlying current of illiberal scare-mongering - one of the "code-9" team in attempting to interogate a witness decides the best way to do this is to blow off his big toe; now I'm no interogation expert but I'm pretty certain I would be more than willing to tell him anything, admit to anything, or do anything that he told me - there is a reason why most people dont put much stock in torture.

Now where I an elitist, state-sponsored agency, hellbent on keeping its monopoly on the telly tax, proselytizing left-wing ideology and an all-encompassing belief in the infallilibility of the state machine, I would try to at least use decent writers, a half-decent cast and a better location than Leeds.

Avoid if you can people; this is an hour and a half of my life I will not be getting back.