Here's the thing peeps: I quite like Nigel Farage.

Deep down I don't think I'm alone - he's affable, gregarious and quite likes a pint and has managed to project an air of commonality with the common man that few politicians could match. He is (was) in an enviable position in terms of popularity (sorry but a few agitators reading socialist wanker at a Anti-Brexit rally don't count. For anything).

But here's the thing: we can be disarmed by likeability in a person, in a movement; Farage did more to move UKIP from being an intellectual exercise in liberal conservative thinking to a populist right movement based on superstition and myth surrounding how this country is run and how it is oppressed; he moved it's thinking to a place where it dips it's toe in far left scares about a bourgeois elite that overturns the demos at will and he has capitalised on that in this debate. Simultaneously he has made UKIP as a force in the EU parliament less a principled stance and as corrupt or worse than the rest there; serving little as an actual party as a symbol of rejection - fine if your about to leave, less so if you've been on the take for decades.

All that said Mr. Butler here has made a point not dissimilar to my own before and after the referendum; UKIP will rightly disappear now if we let it - we will still have a relationship with the EU and it's member states but one that isn't mutually abusive and one that is based on comparative advantage and less on mutual loathing. This is a good thing.

Unless we hand UKIP the victory by being proved right by an elites actions, no doubt dressed as the will of the people.

That never works out well, for us plebs and certainly not the elites who thought they knew better; just ask Germany, ask Russia, ask any number of countries that were oppressed along an ideological fault line. 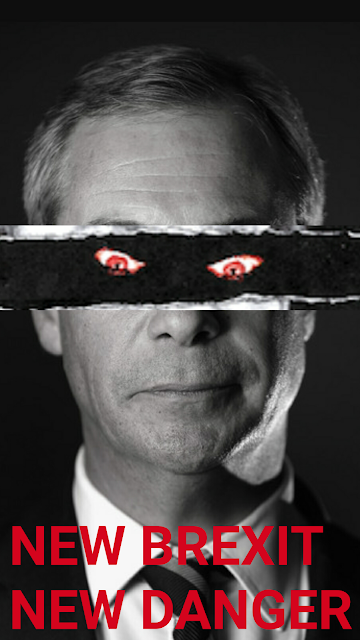