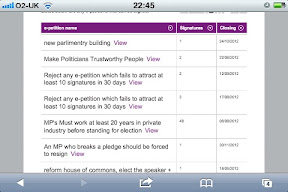 Labels: Fair Use of Words, Jokes

How To Cut The Public Sector Pay Bill, Give Them More Money To Pay For Higher Pension Contributions & Reduce Headcount


No, Not Via The Jeremy Clarkson Method

It seems everybody is doing it these days; my wife did it yesterday; it seems highly likely my work colleagues will be doing it next Friday and it is not entirely out of the question that my wife may be called to do it again in the very near future without resolution: I am of course talking about having some sort of naughty intercourse with a loved one despite the thrill being long gone.

Or striking due to pensions; I cant remember which as I have had very little sleep in the past few days.

In both cases my view on the subject has changed little (my feelings on the content of the arguement on both sides are a different matter): the government has been keen to kick this particular ball into the long grass well into the future for decades and a considerable ratcheting up of the public sector liabilities in terms of wages, pensions and perks is now being challenged by a massive financial crisis in major part caused by the kind of intervention perpetrated by those self-same civil servants. However, those civil servants did sign a contract in good faith with their paymasters with a view to getting a particular benefit in return for the sweat of their brow; if there paymasters wanted to change the terms of their pay for new employees then that would be fine but that is not what is being offered: as this BBC Q&A on the pension strikes shows what we actually have is an attempt to change the goal-posts midway through.

Irrespective of what libertarians think of the public sector pay, scope and conditions (here is an excellent example) I cant help but think we should see this from a contractual point of view - they offered a service for  which the expected returns are now being renegotiated; however you feel about the supposed fore-knowledge of those self-same unions and workers about the likelihood of their fields continued expansion and the ability to meet the ever increasing wage and pension bill, the coercive autocracy that Labour became (ever was?) that perpetrated this massive expansion knowing full well that history would regard them as heroes and the incoming conservatives as monsters stealing milk and pensions and stuff and would forget about the actual detail such as the former government having no credible plan to pay for any of it or the actions of a few rogue bankers intent on derailing the whole socialist utopian exercise by employing cutting-edge financial instruments that mainly focused on the financial powerhouses of black men in string vests' - for the record I think it's a combination of all 3 of the above (the bankers in question being central bankers, not, as is obviously assumed, entirely at the doorway to commercial banks, though undoubtedly not helped); you need just look at the asinine suggestions of union leaders over the last few years - government has Ponzi'd all our pension contributions away on Cherie Blair's human rights law firm and Gordon Brown vanity projects? Pension fund has been scuttled by poor pension investment vehicles? I know! Soak the rich! shut down global trade! charge people for sending/receiving spam! To me that sounds like a good reason to linch your paymasters, not rob the productive and successful.

Anyway, coming back off tangent, how do we solve the problem? I have a 3-point plan on how to deal with the problem that is both elegant, simple, non-fattening and would prove almost universally popular by all but the most left-wing, swivel-eyed sociopathic, diversity mung-bean, poy-dance coordinator (so am guessing about half of them): it would enable:

The public sector pay average as of January this year out-stripped the private sector at £23,660 compared to £21,528 (and I am certain this figure doesn't take into account the other perks such as the final salary pension schemes etc. so the difference has some ancillary factors pushing this even higher); this means that net an average public sector employee takes home approximately £17,470 according to my shiny Listen to Taxman app on my iPhone; just short of £1500 a month spare. To give them a "happy" pay rise lets assume we match inflation - call it a 5% pay rise + 3% for the additional requested pension contributions for simplicity: that would mean the take home pay increase should be ~£1575 a month or an extra £1400 extra a year.

So again Tom get to your point - what's your idea?

The difference in the cut wage bill and the increased take home pay + pension contributions would be more than enough to keep the workers happy; you could then renegotiate new and recent starters' pension schemes with less fuss kicked up by those lucky enough to have a final salary pension, perhaps by ending national pay scales and paying new recruits weighted against their predecessor.

This also carries the advantage of making the public sector the most vocal group on the reserve to argue against increasing income taxation and high NICs - it would not be tolerated for long were the public sector wage bill to rise again and the issue of "fairness" would be thoroughly abandoned by those self-same groups with their massive advantage over taxation.

This also just makes sense; why on earth do we think it's a good idea to pay our employees only to take a portion of the cash back in order to pay other employees? Why not just pay them less, code them differently  in the tax system and remove them altogether?

But what about the higher paid local council millionaires Tomrat I hear (myself?) scream? Fair enough - charge them a high rate of national insurance and/or remove any upper maximum take; failing that  stop voting for spineless politicians and ask for real, bloody reform of the system that allows the mass looting of public finances. Similar rant but this time about QuANGOs? They aren't public sector bodies or the tax code doesn't apply - as such they are subject to whatever rules for taxation the rest of us put up with but would find themselves with all the problems of a rapidly reducing pension pot; the pressure will be on the government to fold them back in and reform/remove their role.

The only people who should be out of work at the end of this exercise should be a couple of thousand HMRC admin staff who are surplus to requirements as a large number of tax returns, PAYE forms and ancillary documentation will simply cease to be processed.

As far as I can see this government has missed a vital opportunity to argue for reform of the public sector by instead focusing on reduction of the bill they will always lose the latter arguement because without addressing the former civil servants will reduce at the coalface, not the back offices and executive suites; the managers are not going to vote for less management. All that is left to this current government if they want to make an impact is elegant, unarguable changes to the system that are both exercises in reform and compromises on the subject of money; a subject the state seems constantly fixated on.
Posted by Tomrat at 23:12 1 comment: