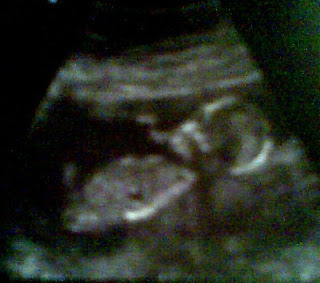 And in 6 short months everyone elses.

But what kind of world am I, or the cretin Gordo, leaving to it? What type of parent will I become? What type of child could they become? Or worse yet, will judicial and social activism, with no democratic oversight, remove my say in how I raise my child altogether?

I'm not going to go all daily hate on you, stating what I think what is right and what is wrong with homosexual adoption but there is something profoundly wrong with this picture; putting the blame on the couple wanting to care for the children, and then trying to explain why it wrong based on anecdotal evidence and moralistic proseltysing, just puts the blame in the wrong place.

I have several problems with this:

This is the world Blair and Brown have wrought; a world where blood relatives can be supplanted by the flavour-of-the-month minority group and the childrens happiness and development take a back seat to the statist's new social engineering wunderplan.

I'm all for adoption agencies allowing gay couples to adopt children; Lord knows I've seen enough bad heterosexual couples in my time to want to start compulsory sterilisation in the landed underclass in this country:

But I am dead against forcing them to make choices against conscience, whether it is inspired from religious views or otherwise. Why cant it be a choice made by the parent at registration of birth?

Any why oh why are social workers bellyaching over strong-arming grandparents into giving up their grandchildren to strangers when they cant even protect children from genuine threats from their "family"?

There is something hideously wrong with society when it perpetuates conditions that lead to this so readily; the only way we can deal with this is by taking responsibility for it, which means localising and democratising controls for social, police, health and welfare services; not in some meaningless fake "consultation" process, where NuLabour put forward their agenda, we bitch and moan about how it wont be effective and then they go ahead and do it, but one where there are consequences for the actions of those in public service:

You can lose your job if you are proven to be negligent in your duty.

You can lose your freedom if you are corrupt and have this proven.

You can be run out of town if you perpetuate injustice, whilst guilty men walk free.

Now is the time for localism. I just wish someone had a plan for this...and a vision for something different for Britain...