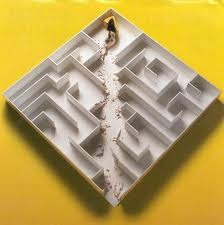 If Only It Were So Easy

Little progress has been made in reducing losses caused by benefit recipients making errors in their claims, a report has said.

Some £800m was not paid to people in 2009-10 who were entitled to the money because of errors on forms, the National Audit Office (NAO) said.

Another £1.1bn was lost to the taxpayer owing to overpayments of benefits.

The NAO report found "no discernable decrease" in losses after three years of a five-year plan to cut errors.

The spending watchdog said that overpayments caused substantial unrecovered losses to the taxpayer, and underpayments could cause hardship for individuals.

First off: giving people too much OPM* my be a loss to taxpayers and too little may mean they lose out? And we need a quango to tell us this?

Buffrat, my idiot brother, is currently unemployed through a mixture new career entry delays (he's joining the RAF), old work-colleague sabotage (his old boss has tried to scupper his new role by spreading discourse & having his final salary/commission fall victim to "administration errors") & outright personal stupidity (a month before he was due to enter the RAF he went out, got blind drunk, fell over and chipped his elbow, resulting in several weeks of additional observation & delays). As a result of not having had a wage since September he has lived in veritable poverty and handouts.

I say handouts in the sense of myself, my sister and assorted family bankrolling him; only now is he starting to see benefits kicking in - it has taken several flaming weeks to get anything money out of the system to which he has committed substantially all through his working life.

As a libertarian I would love to see an individualist approach to benefits and welfare, but I am solidly aware that this is unlikely to happen in mine or my children's lifetime; what could and should happen this year is drastic welfare reform to stop this kind of faff, first and foremost, but the only way to do that is to make the benefits system less complicated and about hoop jumping.

I suggest trying this might be a good place to start.