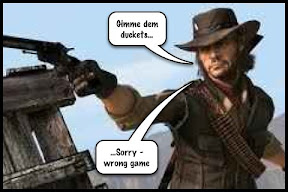 In a sporadic, spume of consciousness kind of weekly series about what I am doing to feign off boredom and donate my time to something other than filling Osbourne's swag bag, I hereby talk about the awesomeness that is Red Dead Redemption.

It's actually a bit of a lie; ive mostly been killing 12 years olds who's parents had no problem buying them Call of Duty: Black Ops for Christmas. But as this would be a very short lived series if I did a weekly and it was proportionally based on my playing habits. 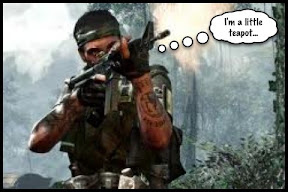 So all that said Red Dead is the focus.

Set in a rapidly changing old west you are John Marston; thrust back into your old life of gun slinging and cowboying you've been blackmailed by a government agency holding your family captive into hunting down your old gang and bringing them to justice.

You achieve this by entering what must be one of the most open-ended universes yet in a Rockstar game; not quite on the same par with Bethesda's Fallout 3 or The Elder Scrolls but definitely as inviting an arena as any.

What is striking is how the environment interacts with you; I spent several hours navigating a particularly hostile area of land fighting off bears and bandits alike - other more gentile appearing areas can suddenly erupt into gang warfare, dragging you in.

What is most striking about it above all is the storyline: the twists and turns take you through stirring up revolutionary uprisings in Mexico to quelling the same amongst Native Americans in the old west, all the while weaved into a story of loss and redemption mingles with a lot of anti-government sentiment.

Overall this is one of the best games of last year, featuring mountains of versatility if your willing to step outside of the main storyline for a minute.